Mexico City is the sixth largest city in the world and as such offers something to do and see for every budget and interest. The city is famous for its urban culture and historical attractions, with many tourist attractions focusing on some of Mexico’s oldest historical sites, including the Templo Mayor (13th century Aztec temple). Local markets, shopping districts and dining can be enjoyed throughout the city.

The city’s most visited square, the plaza is also referred to as “The Zócalo”. This main central plaza was previously the site of ceremonial events during the Azetc Empire. The site is actually a part of the wider Templo Mayor, which was the center of the universe according to Aztec mythology. The location is now a site for various art and cultural events and exhibits, as well as the site of regular parades and concerts. The famously shot “Day of the Dead” scene in the 2016 James Bond film Spectre was shot in the plaza.

Formally referred to as the Mexico City Metropolitan Cathedral, this is the church of the Catholic Archdiocese of Mexico. A three-minute walk from The Zócalo, it is one of city’s most popular attractions. The cathedral was originally built in 1573 and was previously listed as of the 100 most endangered sites in the world by the World Monuments Fund. Various fires and other disasters have damaged the structure over the years, however a full restoration effort in the 1990s resulted in stabilization of the structure and its removal from the endangered list. 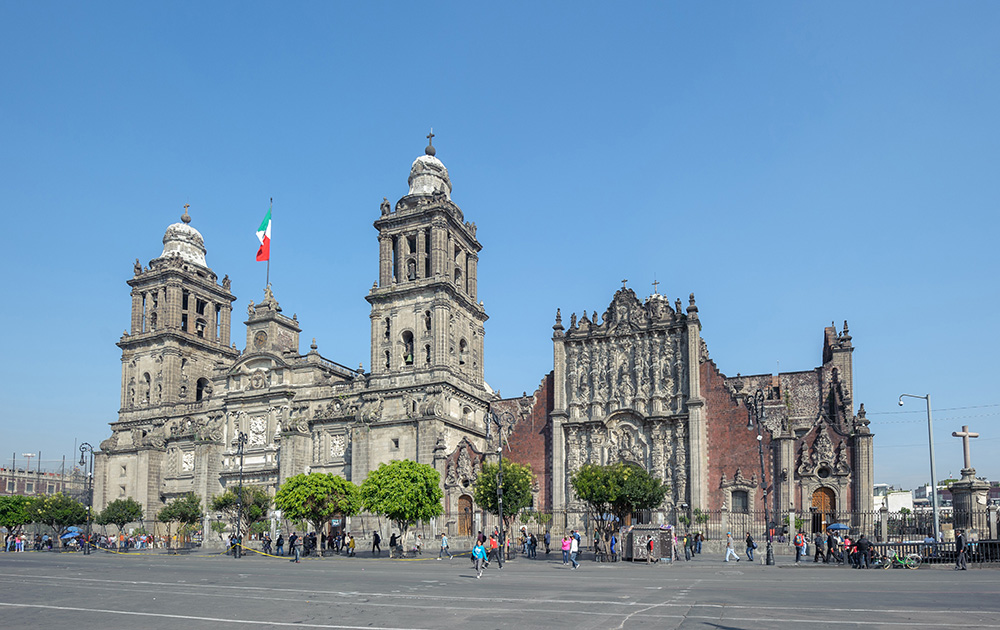 This plaza is located in Mexico City’s downtown historic district and is known as the home of the city’s mariachi music culture. Mariachi bands can be found playing in the plaza day and night. The School of Mariachi is also located nearby. Other attractions in and around the area include various statues to famous Mexican musicians and artists , multiple restaurants and the Museum of Tequila and Mezcal. 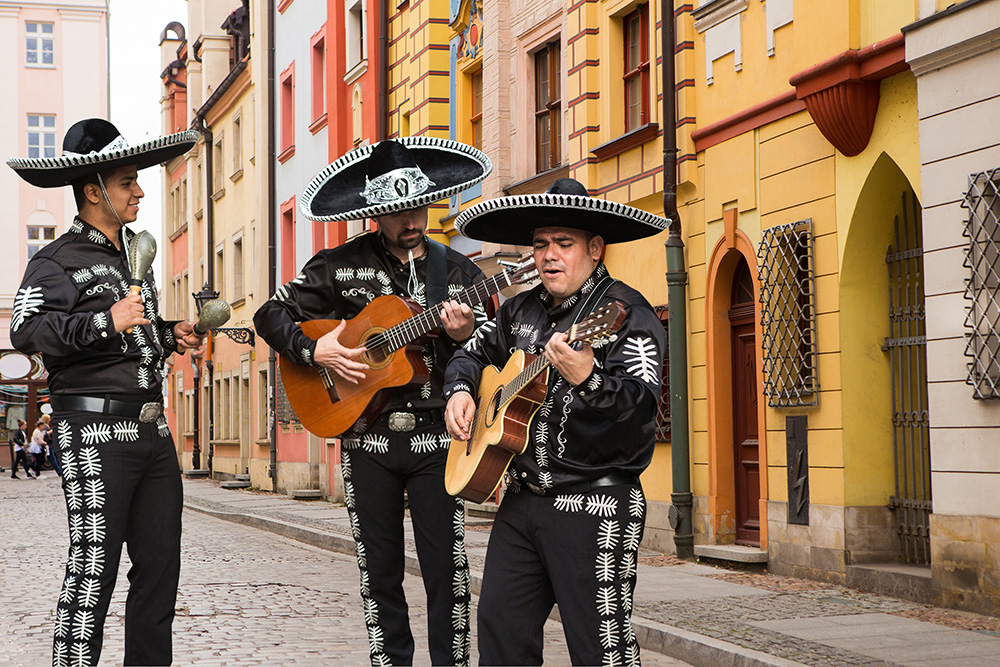 The most visited zoo in Mexico and one of four zoos located in Mexico City. Near Chapultepec Park, the zoo includes more than 2,000 animals across 200 species and is well known for its success in programs that breed various endangered animals, including giant panda – the zoo was actually the first location outside of China to successfully breed them. The zoo is globally renowned for its Giant Panda exhibits, as well as those focused on the conservation of various other endangered species from Mexico and around the world. 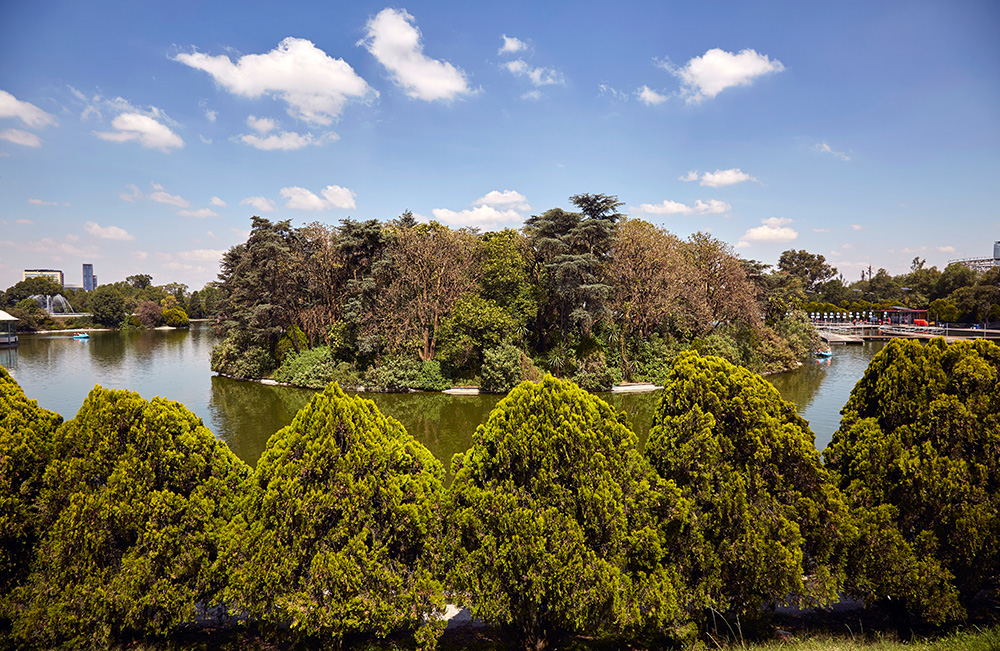 Located in the Tlalpan forest on the southern edge of Mexico City, it is the most visited theme park in Latin America and one of the city’s largest tourist attractions. The park consists of various theme villages with their own rides and themed attractions, including a Hollywood park dedicated to the DC Universe and a Polynesian Village. The park also consists of a water park and is a very famous location for annual Mardi Gras festivities. One of the newest roller coasters, “The Joker”, opened in 2013 and is one of the most unique and popular attractions at the park. 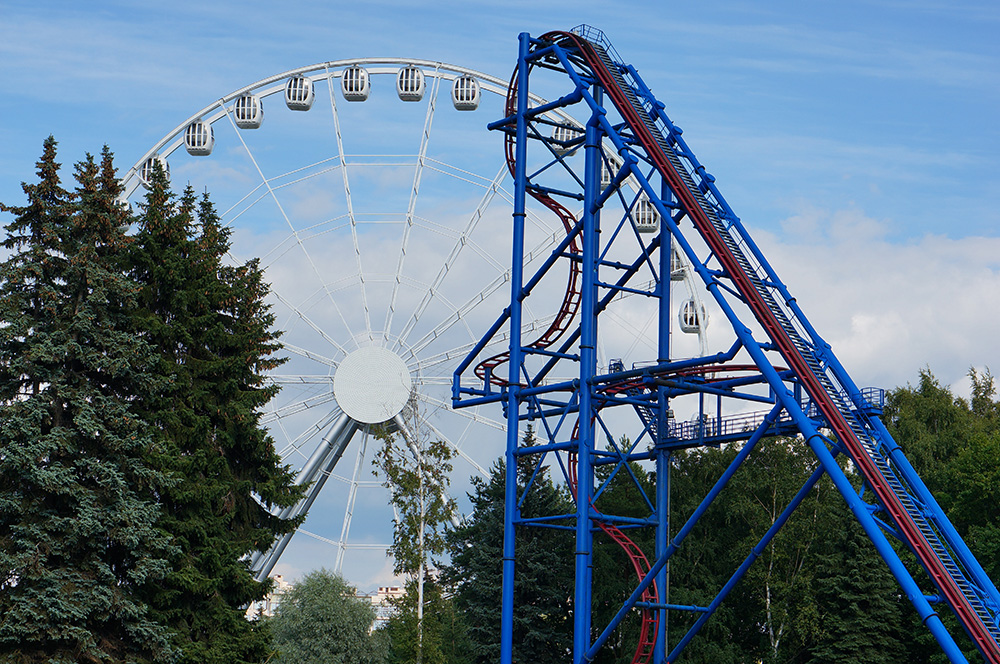 This 4.3 km motorsport race track is named after famous racing drivers Ricardo and Pedro Rodríguez.. The track has played host to the annual Formula One Mexican Grand Prix since 2015. It is located in the public park of Magdalena Mixhuca Sports City and has hosted additional events, including the NASCAR Xfinity Series. The track is well known to fans of F1 racing, however visitors can enjoy free access to the park including trails that allow for walking and bike riding with a full view of the track and stadium.